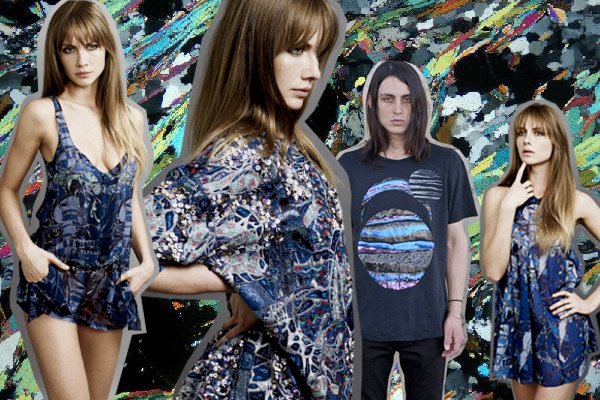 Those of us growing up in the 80s will remember the famed sweaters worn by Bill Cosby on The Cosby Show. Marked by squiggly, organic, quilted shapes, the sweaters were popular among men of a certain age. It’s hard to believe they’ve since transcended both the era and age group to reappear on the runways today in a new form. The Fall 09 collection from New York designer, Jen Kao, features quilting techniques and patterns reminiscent of the knit wear of yesteryear. Cavern, a t-shirt collection out of Los Angeles, also incorporates this theme into their graphics. Sounds like its time to escape reality and pull on your own version of the Cosby classic.